Behind the story of a millionaire Tory MP and tenants facing homelessness. 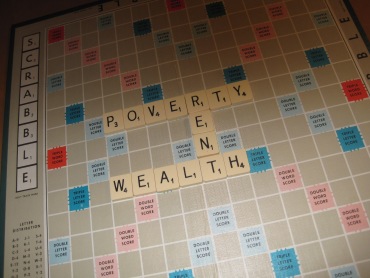 Richard Benyon features in a really important article by Aditya Chakrabortty in the Guardian on 11th November, telling the story of the shocking changes in London’s housing market that are ousting working class tenants as a result of speculators moving in to replace them with richer tenants who can cough up more rent.

It focuses on the New Era housing estate, built in the 1930s by a charitable trust, which now houses working class tenants, the kind of people who do vital jobs that keep London going. The Tory MP Richard Benyon, supposedly the richest MP in Parliament, estimated personal wealth £110 million, much of it inherited, is part of a property consortium that is buying up the estate, with the aim of putting up the rent on this appreciating asset. [1]

Tenants have already had a £160 a month rent rise, and face a further hike from present levels of around £640 a month to c. £2,400 a month. Given the lack of alternative low cost housing in London this means many face probable homelessness. There lives are likely to be wrecked. There is worse, for the government is actually throwing money at the landlords and so-called developers.

I urge you to read Aditya’s brilliant article – brace yourself for outrage – but I just wanted to add something:

Various expletives may come to mind, but I’d call him a rentier. What’s that? It’s someone whose income comes from controlling an existing asset like land, buildings, or productive equipment and infrastructure, and using it to extract payments from those who need access to them to live but don’t have any rights over them.

The rentier’s income is unearned, a windfall, a form of wealth extraction, because it is not derived from providing any new goods and services. Most people of course are dependent on a job for their income, and their job is likely to be one that contributes to the provision of goods and services, from bread and butter, to computers and software, to school lessons and eldercare. Their income is earned.

‘Rentier’ is usually pronounced with a French accent, but it really doesn’t matter how you say it. It’s an old word that went out of fashion in the latter part of the last century – interestingly, just at the time when rentiers were making a comeback! Neoliberal economic policy is all about increasing the power of rentiers to extract wealth from others. I’ve written more about it in my book. 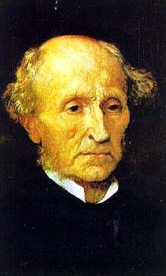 This is what John Stuart Mill wrote in 1848:

“Landlords grow rich in their sleep without working, risking or economising.

“If some of us grow rich in our sleep, where do we think this wealth is coming from?  It doesn’t materialize out of thin air.  It doesn’t come without costing someone, another human being.   It comes from the fruits of others’ labours, which they don’t receive. “

“The ordinary progress of a society which increases in wealth, is at all times tending to augment the incomes of landlords; to give them both a greater amount and a greater proportion of the wealth of the community, independently of any trouble or outlay incurred by themselves. . . . What claim have they, on the general principle of social justice, to this accession of riches? In what would they have been wronged if society had, from the beginning, reserved the right of taxing the spontaneous increase of rent, to the highest amount required by financial exigencies?”

Many of the rich and super-rich are rentiers or partly rentiers. Many actively seek new sources of rent and other kinds of unearned income, in their waking hours too. They are active rentiers.

Many rich people claim they are not rentiers because most of their income comes in the form of salaries, not rent or interest or capital gains. These are the people the media often call ‘the working rich’. But many are working for rentier organizations, most of whose work is seeking new sources of rent and interest and collecting other forms of unearned income by controlling key assets. The financial and property companies for which many of the rich work are wholly or partly rentier organizations, and so their employees are rentiers-at-one-remove.

We need to start using the R word again. As Aditya’s article shows, neoliberal economic policies increase the power of rentiers to extract wealth from others.

[1] You can check Benyon’s class background and biography at http://en.wikipedia.org/wiki/Richard_Benyon

2 thoughts on “What do you call Richard Benyon?”